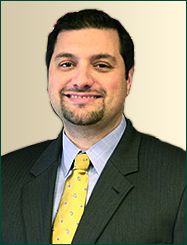 T. Harry is a Real Estate Broker licensed in the States of Massachusetts and Rhode Island. He specializes in assisting clients with the transition of selling one home to purchase another and working with first-time homebuyers.  He has been a real estate agent since 2004 and a Broker since 2011.

Alexis has been a sales agent with TE Realty Group since 2014.

Jordan Rodrigues is a Licensed Real Estate Salesperson in the Commonwealth of Massachusetts. He specializes in working with first-time homebuyers in the Southeastern Massachusetts area. He has been a real estate agent since 2015.

Jordan Rodrigues is also an Associate at Coastal Legal Affiliates, P.C. in Fall River. Attorney Rodrigues is a graduate of Bridgewater State University (B.S. in Global Business Management in 2013) and University of Massachusetts School of Law (Juris Doctor in 2016).

Greater Fall River Board of Realtors